In Search of Urban/Rural Economic Prosperity

Recent media attention along with the release of the Economic Development Strategy for Rural Canada this past June have highlighted something that economic development practitioners have been seeing play out in different ways across the country. The so-called “urban-rural divide” across Canada is highlighted by differences in priorities, industries and even the methods used to build communities. Some are asking if this divide is growing. Maybe a better question is whether or not we understand it well enough to ensure economic development successes for all.

I have seen these differences first-hand working in both urban and rural communities. The people I’ve worked with for the most part want the same things for their communities. They want business growth, a sustainable tax base, good jobs, and quality education for their children. All are looking for opportunities and are trying to maintain hope for the future of their communities. For the most part these conversations as well as the challenges are the same across the country. We all want to build on our strengths and mitigate our weaknesses, but there are differences between rural and urban communities in the approach to solving today’s economic issues.

In some communities, wins are measured in inches. Economic development is about keeping the local grocery store open, having a succession plan for the restaurant in town and finding ways to support your neighbors. It could be described as a much more personal form of economic development that involves dedication and love for your community. In larger communities many times the wins are in key performance indicators aggregated over populations, with large economic development corporations using diversified teams that focus on specific topics and sectors. I see the industry’s best using both approaches and making significant improvements where they live.

Many rural communities find their economic development tied directly to the primary resource sector, with resources increasingly controlled by major corporations and large employers. A recent article in the Narwhal showcased how communities in the Municipal District of Greenview, for example, rely heavily on tax revenue from oil and gas firms. This is also the case in farming communities where farms are now increasingly consolidated and operated by big businesses, using other big businesses to transport and process their goods with other big businesses providing equipment and financing. The group of individuals making decisions that affect the prosperity of rural communities is getting smaller and often further removed from those communities. The resulting perception that these communities have less control of their economic futures is understandable.

These trends have underlined different approaches to economic development, with polices that support large employers and resource companies being more popular in rural areas than in urban centers. I think it’s important to consider, however, that there are also major lifestyle differences involved. In many communities, driving an hour to a larger centre for groceries is a weekly occurrence, while for many in urban areas grocery delivery is an option along with multiple providers with no requirement for a personal vehicle.  The Economic Development Strategy for Rural Canada recognized that:

…rural Canada, like the rest of the country, is facing its own unique challenges. Canada is undergoing rapid changes, which are having a direct impact on rural communities. Transformative new technologies are creating enormous opportunities for rural Canada, while at the same time threatening to disrupt communities and their workers. Climate change is also having a direct impact on the resources that some communities harvest, and the ways in which they harvest them. These changes will affect employment, training, migration, housing needs, and more in rural communities, which is why it is essential to prepare for these changes. To position rural Canada for continued success in the future, it is important to recognize that not all rural communities are the same.

In other words, it’s a different game in rural and urban settings. Neither is right nor wrong, and in my experience the priorities remain the same. What’s different is how we address those priorities. During this election year, research showed interesting rural-urban differences among Canadians across the country in party affiliation and voting intentions. In a Maclean’s article, Philippe J. Fournier not only acknowledged this, he suggested a growing gap that will require attention from elected leaders.

Of course, we know there is an urban-rural divide not only in Canada, but all (sic) several western democracies. And naturally, the needs and interests of people living in downtown Toronto and Montreal simply cannot be the same as those living in rural Saskatchewan (and vice-versa). Nevertheless, as politicians keep saying they wish to unite and not divide Canadians, they will have to juggle with the fact that the gap between urban and rural Canadians appears to be growing.

While Mr. Fournier was speaking specifically about federal politicians, those of us in the economic development field also realize the vital importance of understanding and addressing rural-urban differences at the local level. From attracting and retaining businesses and talent to investment attraction and land use strategies, differences in tactics and approaches will reflect this understanding while reinforcing the common desire for healthy, thriving communities we all share. As the Economic Development Strategy for Rural Canada points out, “rural communities are key to Canada’s economy, culture, and social fabric. They work with urban centres to make our country the successful, prosperous place that it is”.

To learn more about Jordan and the rest of our team, go to https://mdbinsight.com/team-bios/

Our Wednesdays with MDB Insight posts (#WednesdayswithMDBInsight) feature the thinkers and doers on our team sharing ideas and talking about what’s important to us as professionals. We have very diverse backgrounds and a range of interests to share with you. We hope you’re enjoying these posts and that you will join the conversation with us and let us know what’s on your mind mid-week. 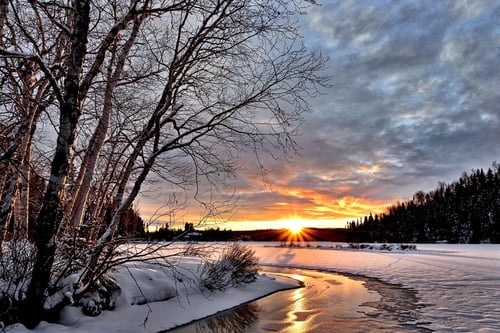 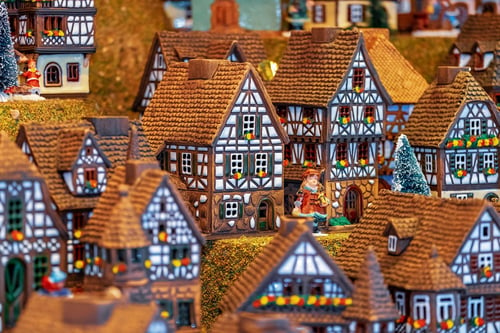 December 23, 2020
Wherever you are this holiday season, in a small gathering or joined with loved ones from afar, all of us at MDB Insight wish you peace and happiness.
Read More »